Please note, if any Racing Beat or Good-Win Racing products are not in stock in the UK, we will aim to fulfil orders within 3/4 weeks

Widely noted for its small, light, technologically modern, dynamically balanced and minimally complex design, the MX-5 has frequently been called a spiritual successor to 1950s and '60s Italian and British sports cars, prominently the Lotus Elan, which had been used as a design benchmark.

Generations were internally designated with a two-letter code, beginning with the first generation, the (NA). The second generation, (NB), launched in 1998, followed by the third generation (NC) in 2005, and the fourth generation (ND) in 2015

As the best-selling two-seat convertible sports car in history, the MX-5 has been marketed globally, with production exceeding one million, as of early 2016. 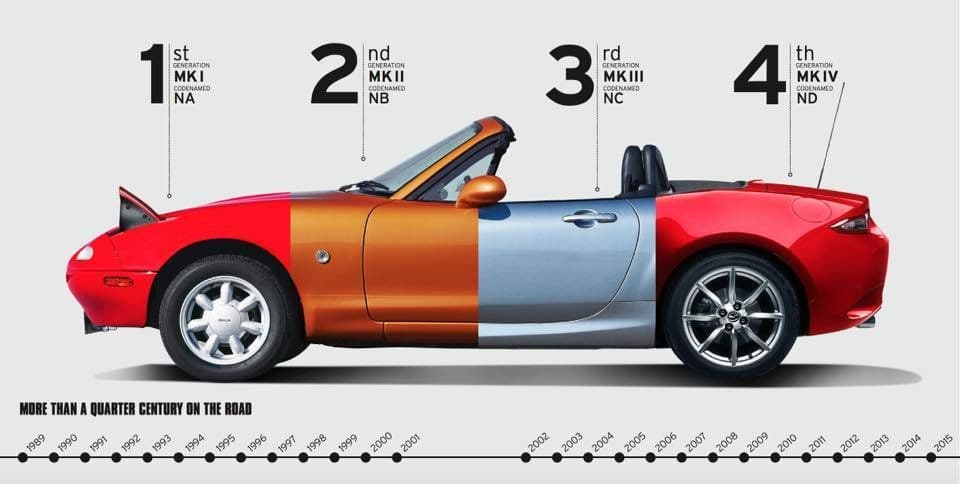